And now for the second scariest experience of my life: the “before” pictures.

The very nature of “before” implies an “after” and by posting these pictures I’m staking a claim on my future. So what of the 1,000 miles between before and after? This is a battle won by inches – both literally and figuratively. According to the BMI chart, I should weigh between 115 and 145 – that’s a minimum of 188 lbs to lose. Whew. While 145 on the scale is a noble goal, for now, I commit to losing 10% of my body weight: 30 lbs by July 1. That will be my after – which, on July 2, will become another before.

To be honest (and let’s face it, that’s what this is all about), I don’t like setting that solid goal on a solid timeline. I feel foolish, almost. The inner critic is shouting loud and clear: only an idiot would declare that kind of goal publicly. What if you don’t make it? You have already embarrassed yourself beyond the point of return. These people are going to watch you take a faceplant. Why are you doing this? You’re just attention seeking. People are going to hate you.

My inner critic is an asshole.

So, here they are, for all to see, my before pictures at: 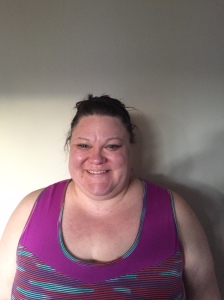 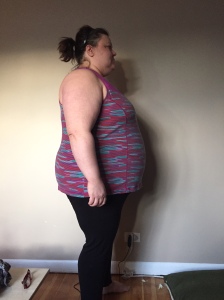 18 thoughts on “The Before, The After and The Now”